One non-scientific article about my country, our journey since 1989 and our success.

Twenty eight years ago our country woke up. We, students went into streets in Czechoslovakia and our parents could not believe that this time freedom was coming. They had their experiences from 1968, time when many of us, their children, were still not even born. In 1968, small Czechoslovakia was attacked by „friendly armies“ from all directions and nobody cared. Again. 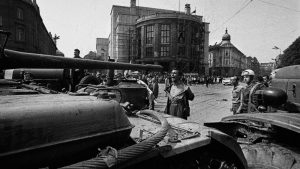 But 1989 was different. However, we did not know at beginning where it will be ending up. We were risking our life, health, freedom, carreer. We were instructed what to do if we were arrested. Our parents were afraid. But we were just young and fresh. And we wanted better future. Future where there will be more than just two TV programmes, future where we can travel and meet people in other countries, shops where we can buy oranges not just at Christmas time… 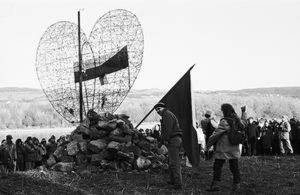 Slovak and Czech people raised their heads, hands and voices. Hands with keys which rang the grave to communism and occupation. And the world belonged to us, students. We were discussing, arguing, convincing, creating, breaking down. With naivity and innocence of young people. But it was a great experience to build and live a revolution! And it stays in many of us still… 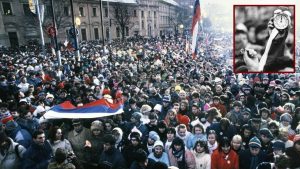 When I have a look back on these 28 years, our country has changed a lot since that time. We have our own state, we are belonging to the developed world and we have managed to grow with an enormous rate. And our sons and daughters, who are already working, are becoming a new and fresh generation who will soon direct where Slovakia is going. We, former students of the Velvet revolution ´89, can just say that freedom did not come automatically and it was not for free.

Today, Slovakia, as a sovereign state and a valid member of the European Union and NATO, is growing and progressing continuously. And it is doing a good job.

Slovakia is Peter Sagan, one of the best cyclists in the world. Petra Vlhova and Veronika Zuzulova, excellent skiers. Marek Hamsik, a professional footballer, serving as the captain for the Italian club Napoli.

Slovakia is the first in the world in car production per capita, with factories of Volkswagen, Kia, Peugeot-Citroen and in building Jaguar Land Rover.

Slovakia is Amazon with its biggest reverse logistic center and the corporate office. Slovakia is Dell and IBM.

Slovakia is Eset, the Slovak IT security firm with branches in 180 countries of the world.

Slovakia is also Highchem s.r.o, a biotech company which with its technology and database is helping pharmaceutical companies, intelligence services, mobile and IoT providers and many others.

Slovakia is Jan Vilcek, a professor, born in Bratislava, living and working in USA, co-inventor of Remicade.

Slovakia is also the demining set Bozena, which is preventing thousands of deaths by removing mines in mining fields.

I apologize for all those I have not mentioned. It would be a long list of Slovak successes and successful Slovak people. We are happy that many people are already returning home from abroad after they obtained valuable experiences and skills. They are bringing a fresh air and new work and living styles.

And you know what? Even if the European Medicine Agency will not be moved to Slovakia, we will continue with our progress. Despite many historical disfavours, we are going forward with heads up and we are proud on our country, Slovakia.