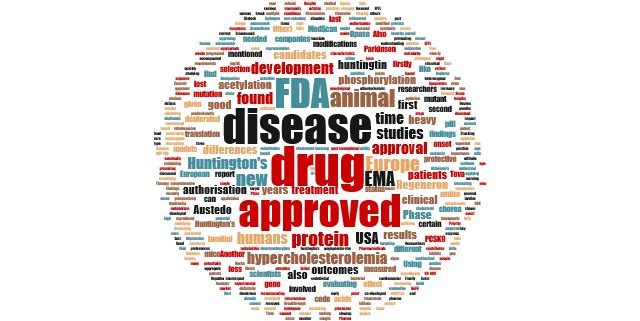 After a non-voluntary break, here is again my MedScan. This time it is dedicated to a woman who is not anymore with us. Good night, Julia.

Parkinson´s disease drug candidates are good for mice but are they also good for humans?
Yale researchers have been curious why so many Parkinson´s disease drug candidates failed to translate promising results found in animal studies to humans. After evaluating more than 500 animal and human studies, they found that humans are not the same as mice. But, seriously, something is not correct with the design of the animal studies. Findings on either symptomatic or prospectively disease modifying candidates showed no real differences.

And what have been the most interesting findings? Using predominantly males, interventions given too early before or right at the onset of the PD in a model animal, less commonly measured clinical outcomes and single time point assessment of outcomes. In contrast, PD experimental treatment is given to humans with developed disease, both sexes are tested and appropriate clinical outcomes are measured at multiple time points. Time to find where we are lost in translation. And definitely not only in PD.

FDA approves drugs more quickly than EMA
Researchers studying approval times for drugs in US by FDA and in Europe by EMA (note: EMA is evaluating and recommending drugs for approval or refusal and it is the European Commission which is at the end approving marketing authorization in Europe) clearly showed that there are differences between them. FDA needed less time for approval in comparison to EMA evaluation and this gap is increasing in recent years. Also, FDA approved more drugs than its European counterpart.

As I showed in my report on authorized drugs in 2015 in Europe (free for download on my website), the situation is even more different in number of new drugs firstly approved in Europe. Most of the new drugs in EU had been approved firstly in USA- more than 77% and only after that they were approved in EU.

Some of the new drugs had been approved in USA years before EU, some only a few days. As I mentioned in my report, this could reflect preferences of companies applying for market authorisation, different lengths and requirements of authorisation process in USA and in EU, an attitude of authorisation agencies to certain treatments and potentially also differences of drug development activities in Europe and USA.

Cracking the code of Huntington’s disease?
Huntington’s disease is caused by a gene mutation that causes a protein to build up in the brain. In a world first, EPFL scientists have synthesized and studied modified forms of a mutant part of the protein, deepening our understanding of how it contributes to the disease, and pointing to new therapeutic strategies for treating it.

Despite of importance of a huntingtin gene mutation in development of Huntington’s disease, post-translational modifications of the huntingtin protein like phosphorylation and acetylation have their roles in onset and severity of the disease. EFPL scientists focused on the mutant huntingtin exon1 (Httex1) which “has been shown to be sufficient for reproducing key features of Huntington’s disease in animal models”.

Using chemical and bacterial synthesis of the mentioned Httex1, researchers paired modifications of the protein to structural changes and characteristics. They found a protective phosphorylation on position 3 (T3) which interferes with the huntingtin’s ability to aggregate, mimicking threonine with another similar amino acids did not fully reproduced these results. Finally, they also showed an impact of acetylation on  three lysin amino acids. One acetylation reversed a protective effect of the T3 phosphorylation. Next steps would be to find enzymes which are involved in these processes and eventually use them as targets for HD drug development.

A new drug for HD´s chorea approved by FDA- a first “heavy” pill
Teva can be satisfied, its Austedo has been approved by FDA for treatment of Huntington’s disease chorea and it is only the second FDA approved drug for HD. What is special on this drug is the fact that it is the first approved drug containing the “heavy” hydrogen, deuterium. This substitution of hydrogens in tetrabenazine showed slowing down of drug metabolism and thus decreasing amount of a drug needed for the same effect. Austedo was waiting for several months for approval since it showed “certain” metabolites found in patients. The drug was approved accompanied by warning on depression and suicidality. Another application for tardive dyskinesia is under Priority Review at FDA.

For those interested in deuterated drugs in general, here is the patent and development review from 2014. It is obvious that big pharma companies like Pfizer, Merck, GSK, Roche and others tested potential of such drugs. However, it was Auspex (acquired by Teva for 3,5 billions dollars 2 years ago) which had the most progressed clinical studies with its SD-809, now Austedo. The second in the row seem to be Concert Pharmaceuticals and Avanir with their deuterated dextromethorphan (AVP-786) in Phase III for Alzheimer’s agitation and in Phase II for other neurological conditions.

Regeneron and hypercholesterolemia- PCSK9 is not their only target
Very recently, the Regeneron´s evinacumab, received the FDA’s Breakthrough Therapy Designation status. Evinacumab is a monoclonal antibody to angiopoietin-like protein 3 (ANGPTL3) for treatment of homozygous familial hypercholesterolemia (HoFH) patients. This type of a rare disease can lead to increase of cholesterol as high as 1000 mg/dL and people suffering from it have already before the age of 20 signs and symptoms of atherosclerosis cardiovascular disease. This mAb inhibits lipoprotein lipase and endothelial lipase. The FDA status was based on positive interim Phase II results (from 4 patients) from last year.
Another Regeneron´s cholesterol-lowering drug co-developed with Sanofi, targeting PCSK9 and approved for heterozygous familial hypercholesterolemia (Praluent), is  not performing in sales as good as it was expected. Also, there are issues with patents and Amgen (Repatha).